The Schaaff & Meurer GmbH company has been family-owned for 4 generations. It was founded in Duisburg as an oil and grease factory, has continued to develop and today produces specialty lubricants for many areas of application. In order to do justice to each individual application, many different lubricants have been developed and made ready for series production. 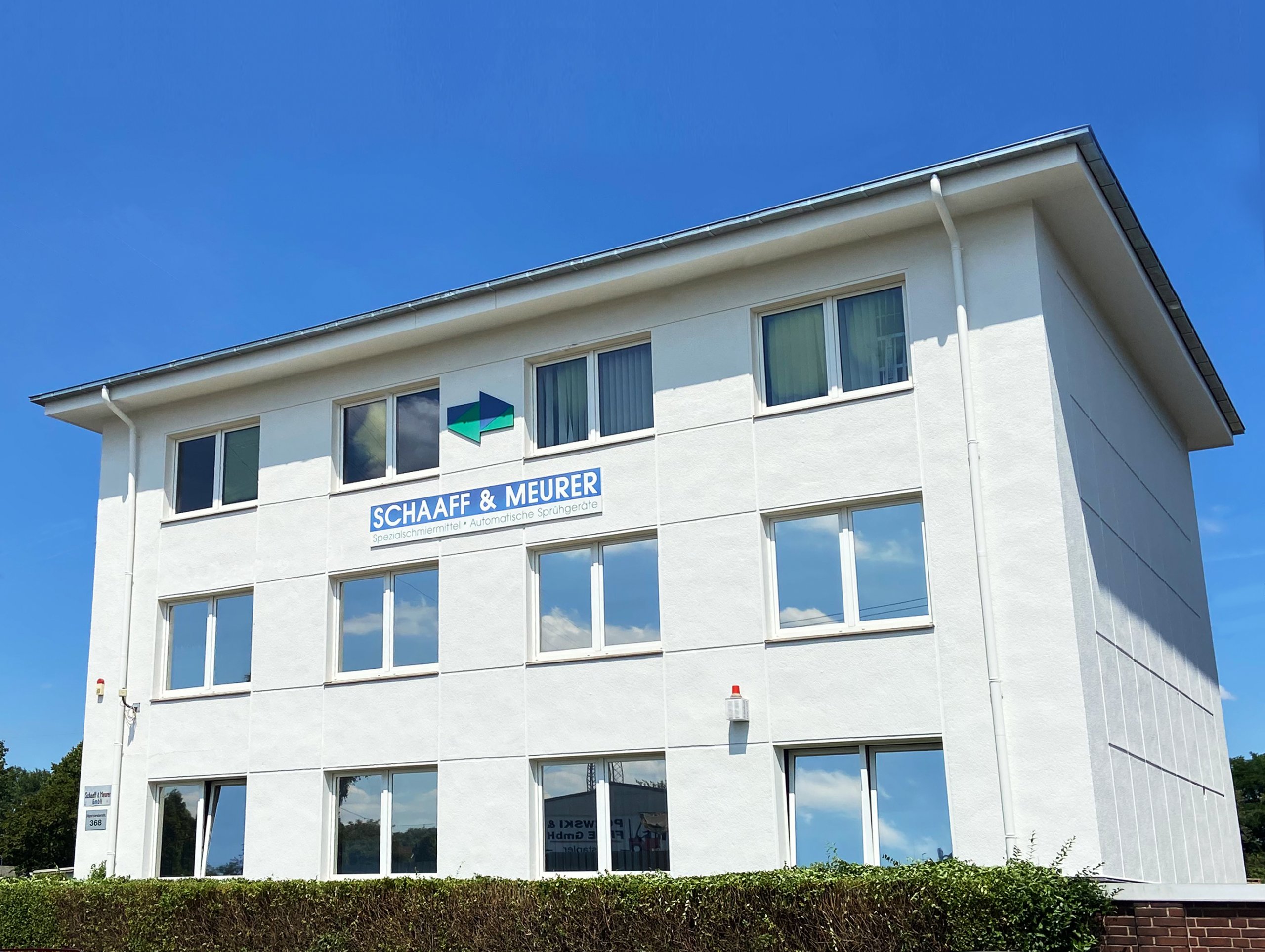 Today there are app.  450 different products, which are produced and sold for forging, stamping, pressure die-casting and other applications mainly in warm or hot environments as well as cooling lubricants and concrete release agents.

As the lubrication problems became more complex we engaged ourselves also in the application technology and in 1965 we developed our first spray equipment. In 1975 we created our patented modular spray bar system that was the initial step from the spray heads with lots of pipes and tubes to a modular system with internal feeds which today is industrial standard.

Among other small and big solutions for spraying and cooling problems, we developed a new type of spray equipment in 1990 that is able to apply a dosed amount of oil equally to large surfaces. The unit is able to spray 3 gr/m² to a surface that moves between 10 and 800 m/sec with an accuracy of app. 10%.  The principle of the NCO (non contact oiler) is patented.

Early 1999 we moved from Duisburg to Essen into a bigger place where we have more facilities and we are able to blend in bigger batches and to store more raw materials and ready products. The lab was extended to have the facilities to do the quality control that is required for an approved quality management system. End of 1999 TÜV Saarland certified ourblending plant according to DIN ISO 9001 and in 2018 we were approved to ISO 9001:2015 .

SUMIDERA for our lubricants and SUMAL for our spraying equipments are registered trademarks.